That’s right, the first novel in The Realm of Larnasia is now available!

Published under the pen name GR Taylor, the trilogy is a fantasy series that follows the journey of Princess Alivia Farican from servant girl to Queen and beyond.

It’s a story 10+ years in the making, and I’m both ecstatic it’s finally getting out there in and nervous that it won’t be well received or won’t be read at all.

Details on where to buy it can be found here.

The second story in the trilogy, Larnasia’s Queen, will be out towards the end of August/beginning of September. The final instalment in the trilogy will be released in November.

It’s a terrifying thing to put your work out there when you’ve poured your whole heart and soul into it but here goes!

The writing bug bit again and I’m busier than ever.

Currently working on plotting/planning four different stories to see which one grabs my full attention… They all seem to be vying for dominance at the moment so it’ll be interesting to see which is the victor.

I abandoned the story I was toying with because it wasn’t flowing right – it’s now reinvented itself into one of the above ideas so we’ll see if it works second time around.

I’ve also made a decision about the YA fantasy trilogy I’ve had written for the best part of a decade gathering dust on my laptop: I’m going to self-publish it!

As it’s different to everything I’m working on now, and was written so long ago, I’m doing a vigorous edit and rewrite/polish and then will release it a story at a time this year under a pen-name (GR Taylor for anyone interested.) I’ll list it on the website as and when it’s available, too.

And that’s where life has taken me since I last posted in mid-March! It’s a lot to do and there’s limited time to do it – in non-writing news, I’m starting a degree through my day job in June so not quite sure how everything’s going to fall into place but we’ll see what happens.

I can’t quite believe we’re here in mid-March and this is only the second post I’ve made this year.

While I ended 2017 on a creative high, and have had a huge amount of ideas between then and now, I’m a little bit lost.

That’s a word I’ve used a lot recently because it’s the only one I can think of to describe how I’m feeling.

I’ve read 9 books this year, some I’ve loved and some I haven’t, but I’ve written no more than 4000 words. I’m lost, I’m tired, I have the ideas but not the motivation to follow them through.

I can’t even blame the rejection from one of the publishers I sent the first LWL novel to, because this feeling started long before that email arrived and, to be honest, I was kind of relieved to receive it?

I’ve heard the term ‘writers winter’ bandied about on a couple of groups I lurk in: it’s apparently a known phenomenon that every so often, writers go through a sparse spell, where they struggle to get the words on a page, whether it be on screen or in a notepad. It’s a small comfort to know other writers go through this because mostly I’m just wanting it to be over.

It’s not like writers’ block. WIth writers’ block, I usually find switching it up a little – writing by hand, using a prompt generate, using write or die etc. – generally works to get over it.

This… This is something different.

To any writers out there reading this, how do you break your writers winters? Or do you simply just keep yourself busy in other areas and wait for them to pass?

Just a little note to wish everyone reading this a very Happy New Year!

I hope 2018 is a good, happy, healthy year for you and yours, and you achieve whatever you set out to over the next twelve months.

I don’t have any specific writing goals this year, other than to edit and rework the stories I’ve already written and hopefully take a step closer to getting them published. I’ve got other stories brewing in my mind but none of them appear to be ready to flow just yet.

For non-writing related resolutions, this year I resolve to be more in the moment. Life can be fleeting, and I’d like to make the most of the time I have and appreciate the little things more. One such thing is the beauty of a simple sunrise; it happens every day but when you’d stop to watch it, it really can be breathtaking. 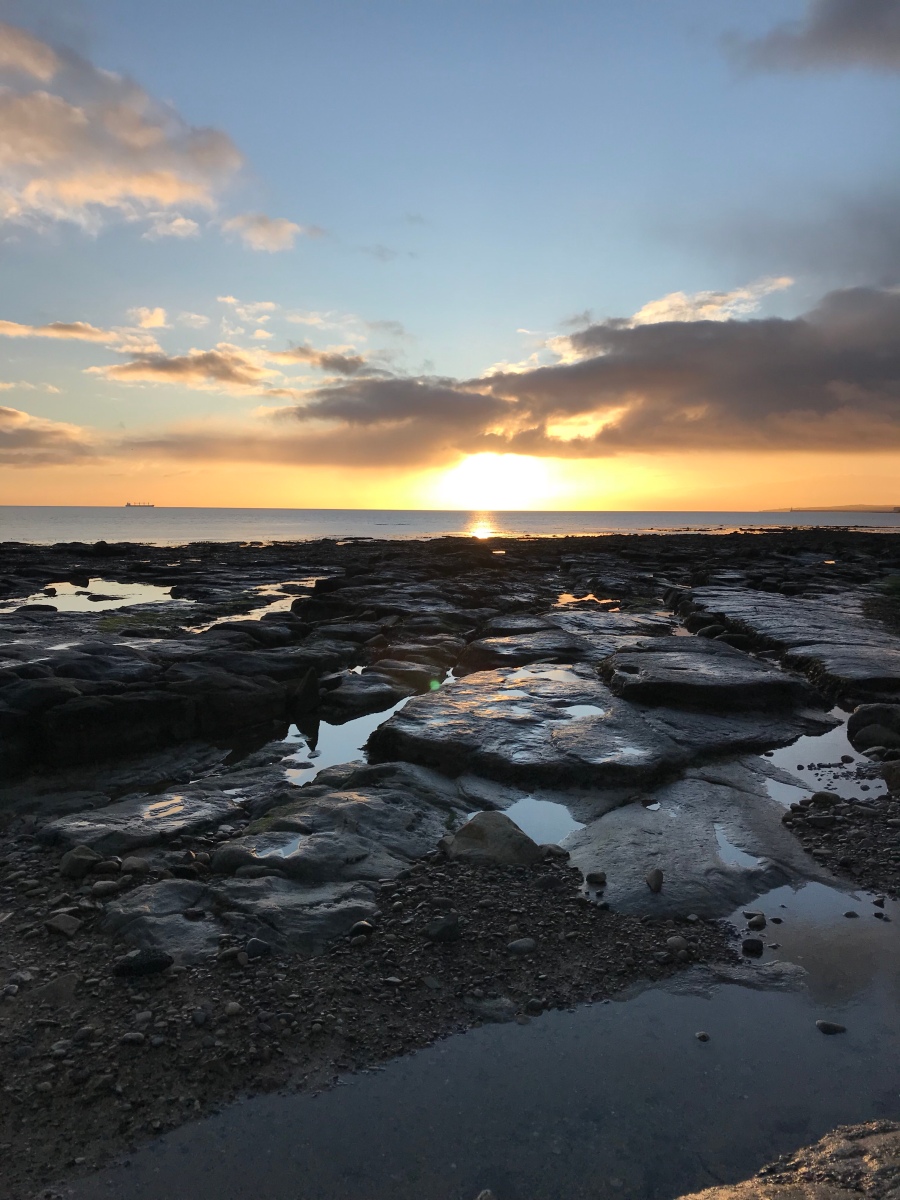 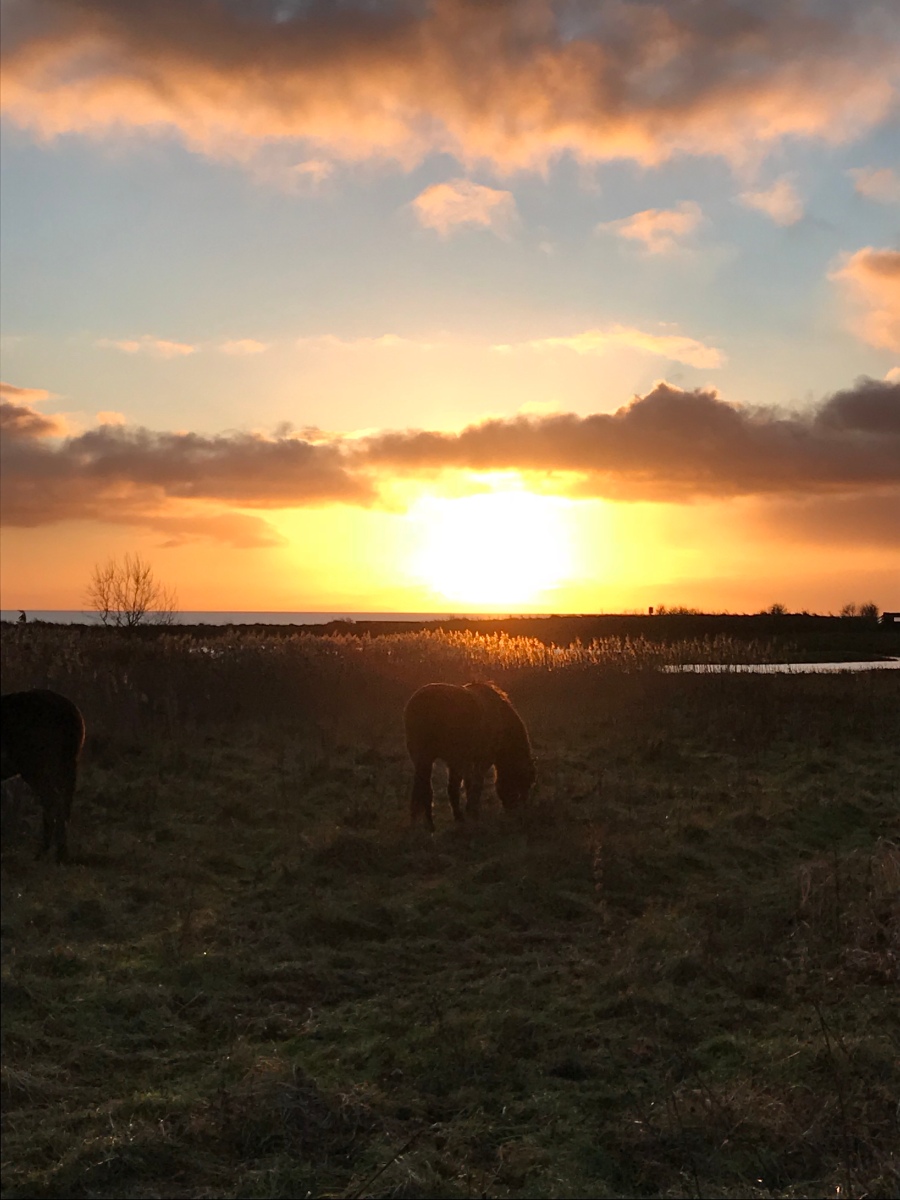 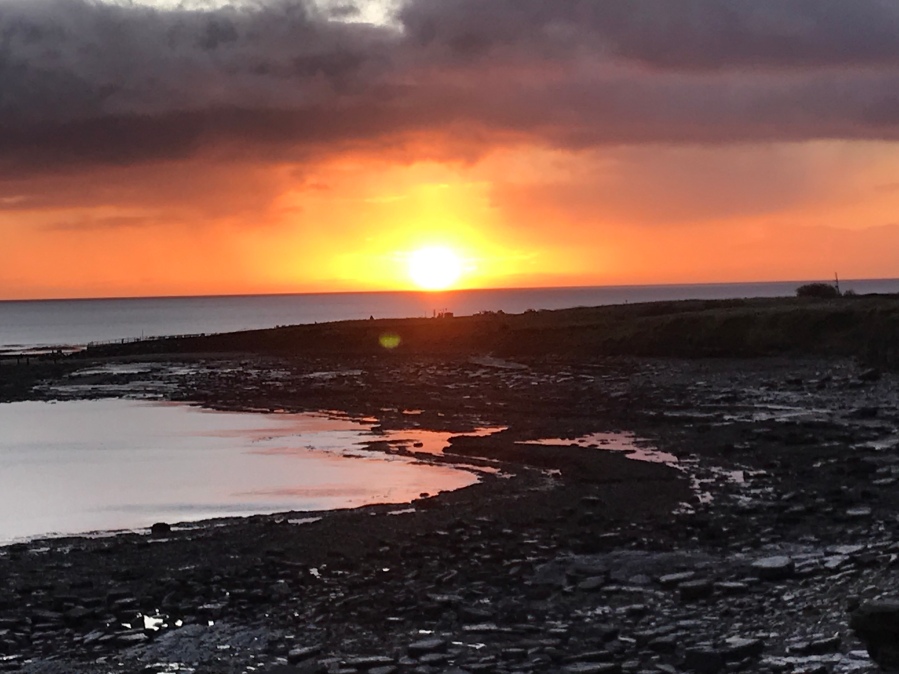 These photographs are my first step in doing so, taken this morning as the sun rose on the first day of 2018.

Here’s to making good memories this year, and hoping they help us through the rockier times that life throws at us.

It was oddly easy to write 50000+ words over the course of NaNoWroMo but the last 24000 seemed to be a bit of a struggle. Nevertheless, they’re written, it’s done, and now it can sit on my laptop for a little while until I’m ready to come back and edit it.

I’d hoped I’d finish this series by the end of the year but I didn’t actually think I was going to do it. And since I’ve got no one who understands what a personal achievement it is in my real life away from my computer, I thought I’d write a little post to commemorate the occasion.

I’m happy. I’m a bit proud of myself, to be honest. It’s been a tough year, there’ve been weeks where I’ve just not had the energy or the motivation to write, but somehow, over the course of the last 361 days, I’ve written just under 180,000 words. It’s just shy of the goal I set myself of aiming for 500 words a day so… Yeah. I’m pleased.

Here’s looking to 2018, and whatever new adventures it might bring.